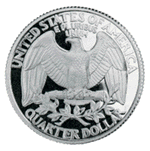 Do you collect Washington quarters? Perhaps you’ll want to spend a little time (and a few bucks) on buying some of the more recent issues from the popular eight-decade-old series.

While many coin collectors seem to prefer the silver Washington quarters from 1932 through 1964, there are several great copper-nickel clad quarters you should also add to your collection while you can still buy them at relatively low prices. Some of these copper-nickel clad Washington qaurters are even worth more than face value in circulated condition.

So, there you have it – five modern-day Washington quarters you should consider buying while they're still cheap enough for the average person to purchase. If you have to buy any of these coins (rather than wait for good luck to guide some into your pocket change), you aren’t getting a bad deal, because these coins are really quite scarce, especially in uncirculated condition. They’re comparative steals right now and may be worth much more down the line as collector interest ramps up on modern copper-nickel clad Washington quarters and their relative supplies dwindle.

If you want examples of uncirculated 1982 and 1983 U.S. coins, don't forget that the Philadelphia and Denver mints did issue their own souvenir sets back then. Those sell for about $50 to $60 each these days and can be bought on eBay. 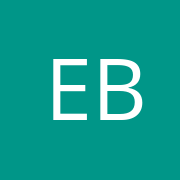 If they're only lightly worn, you might consider selling them if you want to make a couple bucks off them. You could visit a coin dealer to sell them, but I have a feeling you might do especially well in this case if you sell them on eBay.