5 U.S. Coin Series That Are Cheap To Collect 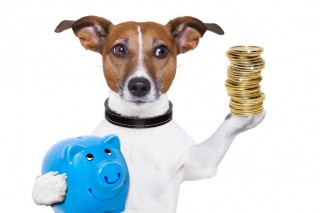 Coin collecting doesn't have to be expensive. In fact, there are ways for coin collectors to assemble entire sets of coins without spending more than a few hundred dollars to complete their sets. Several United States coin series lack expensive key date coins – the types of coins that can leave the cash-strapped collector staring at hopelessly empty holes in his or her coin albums or coin folders. Rare coins such as the 1909-S VDB Lincoln cent, 1916-D Mercury dime, and 1916 Standing Liberty quarter, each of which easily climb into four-figure pricing territory, come to mind.

There are several major U.S. coin series that can be collected without having to spend an arm and a leg. Here are five of these cheap coin collections:

Jefferson nickels represent perhaps the only long-running coin series that can still be collected entirely from circulation, if one looks through pocket change and rolls carefully enough… for a very long time. None of the regular-issue Jefferson nickels is considerably rare, and even the two key dates – the 1939-D nickel and 1950-D nickel – can be bought from a coin dealer for less than $15 each.

Even the 35 percent wartime nickels, by virtue of the fact that few people outside the hobby know about them, can still be found in circulation. Wartime nickels are easily distinguished from other nickels by the large mintmark over the dome of Monticello on the reverse. A Jefferson nickel collection, which spans the years from 1938 through the present, can be assembled for less than $200. Throw in the proof Jefferson nickels made since 1968, and the collection is still obtainable for under $400.

If there is one series that could be considered the sleeper of sleepers, it is the Roosevelt dime. Turning 70 in 2016, Roosevelt dimes have a lot going for them, including the fact that during the first 18 years of the series they were struck in 90 percent silver. Other interesting pieces have come along the way, including the 1996-W dime, 2015-P reverse proof dime, and 2015-W proof dime. Yet, none of the regular-issue Roosevelt dimes is rare. None. There are a few exceptions, like the six-figure 1975 no-S proof dime and 1982 no-P dime, which costs $100 and up. But they are die varieties, not regular-issue pieces. Thus they aren't "required" for a Roosevelt dime collection.

The Roosevelt dime series is a great collection for someone who enjoys classic 90 percent silver coinage, modern designs, and an array of dates and mintmarks. It's possible to collect the entire series – encompassing some seven decades – for well less than $500, including proofs. In the coin collecting world, that's a real bargain.

Who can forget the 50 States quarters? Even Kermit the Frog of Muppets fame hawked the coins in United States Mint commercials as the official "spokesfrog." The 50 States quarters represent an exciting period in the modern era coin collecting. More than 100 million people became coin collectors, and even the most advanced, most grizzled of coin collectors were checking their change for the latest state to hit circulation. Delaware and Caesar Rodney, North Carolina and the Wright Brothers, Florida and the NASA space shuttle… Those were good times for the hobby.

It's possible to assemble a basic collection of Philadelphia- and Denver-minted 50 States quarters for less than $75. Collecting the San Francisco copper-nickel clad and 90 percent silver proofs should be achievable for under $500. By the way, this is a really handsome set when housed in a Dansco coin album! Just saying…

Eisenhower dollars were struck from 1971 through 1978 and were the last circulating large-size dollar coins. They didn't circulate well even in the 1970s, when a 38.1-millimeter-wide dollar coin already seemed like an Old West-era anachronism. Still, Ike dollars were minted for eight years, and they were big in casinos.

Susan B. Anthony dollars are, for many, a natural numismatic extension to collecting Eisenhower dollars, and for good reason – they were minted for a very short time immediately following the Ike dollars of the 1971-1978 period. Susan B. Anthony dollars were supposed to be the first dollar coin series to circulate widely in the United States since the 19th century. But their similar size and appearance to the quarter and the fact that dollar bills were still being produced killed any chance of the series succeeding in that capacity by 1981 – just two years after the coin's 1979 debut.

There are other U.S. coin series that can be collected for relatively little expense, too, including Lincoln Memorial cents, Franklin half dollars, Kennedy half dollars, and Presidential $1 coins. Do your research and you're sure to find boundless avenues in coin collecting that will help you to enjoy the hobby without going broke in the process.