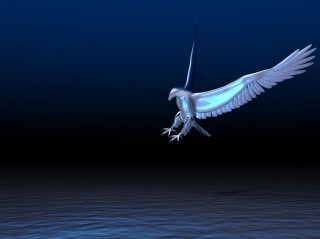 What do these staggering production figures mean, and why is the U.S. Mint producing so many silver eagles? Demand for these popular silver coins has risen remarkably in response to the falling price of bullion since 2014. In July 2014, silver prices hovered above $20 per ounce. By November of that year, they were on a steady slide below $16, and prices have bounced between $14 and $16 since.

Of course, silver prices won't stay in that $14-to-$16 range forever. They will either soon start creeping up above $20 again or could potentially slide even further, perhaps even dipping into the $10 to $12 range at some point. Analysts can't predict the future, and neither can bullion investors. But it seems many buyers are taking the opportunity to buy silver coins now while prices are at long-time lows. 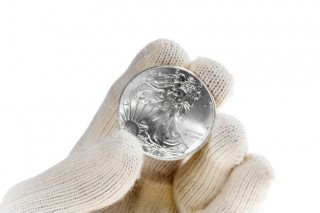 Just how "low" are these low bullion prices? It's a matter of relativity. In April 2011, silver bullion was pushing nearly $50 an ounce, up from less than $5 per ounce in 2000. However, silver prices had spiked to $50 before, back in 1980, when there was a major run on both silver and gold bullion.

For now though, bullion buyers are clearly not hedging any bets – they are buying bullion coins such as American silver eagles in unprecedented numbers, and there's no telling when the trend could end.

I must disagree with this statement:

...silver and gold bullion doesn't necessarily keep going up in value. So, investors need to view buying gold and silver bullion as if it is gambling.

If you are referring to the rigged paper gold & silver markets, and someone is trying to make a quick buck buying and selling bullion depending on short-term swings in the gold price, then I agree, you are gambling.

However, if you are INVESTING then you shouldn't care about short-term gains or losses. Investors in bullion & numismatics are in it for the long-term. We know that the eventual end of fiat money will push the value of our coins into the stratosphere.

It is true that investors should definitely think longterm. While indeed the market has been hit by losses in the past (just think 1981-1983 and 2011-2014), there have been many periods of growth, too. In fact, someone who bought silver or gold in the 1970s, mid to late 1980s, or anytime in the 1990s or early 2000s is well ahead of inflation today if they still have their original bullion stock. So, indeed, winners in the bullion investment realm tend to do better when they have a marathon rather than sprint mindset.