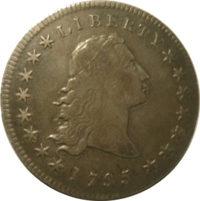 Larry King recently recorded a 25-minute interview with Ian Russell, who is the founder and president of GreatCollections Coin Auctions. The interview was taped at King’s Los Angeles studio for his television program, Larry King Now.

During the interview, King and Russell discussed everything from rare coins to auctions. Russell even showcased an array of stunning rare coins, including:

King also recalled a radio show he did more than three decades ago about the release of the Susan B. Anthony dollar.

Of the recent interview, Russell said, “Although we discuss coins with coin collectors, dealers, and so forth, it’s always fun to talk coins with someone outside of the industry, especially someone of Larry King’s stature.” The coin expert continued, “It was also interesting to learn how much Larry knew about coins.”

Russell’s interview with King is significant in that it helps to place the numismatic community in the spotlight and also provides Americans with glimpses of some of our nation’s most historic coinage. Early dollars, such as the 1795 Flowing Hair dollar Russell showed, are truly scarce and represent our nation’s founding coinage. The Saint-Gaudens double eagle, meanwhile, is one of the most famous coins the United States ever produced and is beloved by collectors throughout the nation and around the world.

King had hosted his famous CNN show Larry King Live from 1985 through 2010, holding more than 60,000 interviews during that time. His current show is available on Hulu and RT American.