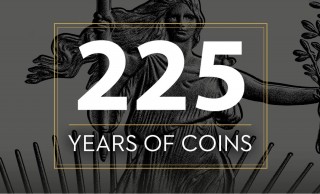 Here's a rundown on some of the great new coins and coin products that coin collectors can look forward to from the U.S. Mint in 2017:

As is the case virtually every year, issue prices for U.S. Mint products are ordinarily not unveiled until soon before a given item is set for release. One of the reasons the Mint waits to update the public on pricing information for their new coin products is the ever-fluctuating price of bullion.

Gold, silver, and platinum prices are a key indicator of what certain bullion-related U.S. Mint products may cost. These prices change so much even over the course of just a few days. It is therefore infeasible for the Mint to release set prices for any of its products, and most especially those that contain gold, silver, or platinum, weeks or months ahead of the scheduled release dates of its products.

Confirmation of actual release dates for specific products is also kept under wraps in most cases. Coining needs, which are sometimes unpredictable due to national economic conditions and unforeseen national emergencies, may preempt the release of special collector products.

Coin collectors who are interested in buying the new 2017 U.S. Mint coins should join the Mint's mailing list for the latest information on products and related news. Don't forget to stay tuned here at CoinValues, too. We will offer the latest on new U.S. coin products as information and updates become available.

Tags:
U.S. Mint Coin Collecting
The Joys Of Collecting World Coins
The Story Of IN GOD WE TRUST On United States Coin...