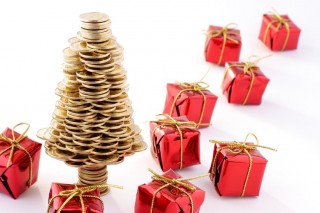 The U.S. Mint's 2015 holiday coin shopping catalog has arrived, just as the leaves start changing and pumpkins arrive on front porches. I always enjoy the yearly United States Mint holiday catalogs, and this year's offering is no different. The full-color, 28-page 2015 catalog is filled with some incredible offerings, including the annual mint and proof sets, coin and currency sets, bullion products, first-day covers, and much more.

My favorite U.S. Mint products tend to be the annual uncirculated sets and proof sets. In fact, they represent the first purchases I ever made from the Mint back in the 1990s, when proof sets and mint sets were among the few things the Mint offered for sale to the coin collecting public. Today, the U.S. Mint offers so many more exciting products for sale, and they provide plenty of great gift-giving ideas for your family and friends.

Here's a sampling of the coin products in the 2015 U.S. Mint catalog:

Again, this is just a sample of the plethora of coins and coin products the U.S. Mint is offering in 2015. There's so much more to choose from, and virtually everything can be ordered from the U.S. Mint website [http://www.usmint.gov].

Of course, you better get moving if you're ordering U.S. Mint coins as holiday gifts, as many orders take 4 to 6 weeks to ship. I'm making my holiday gift list, and I'm checking it twice! Really, is there anything better than silver and gold under the Christmas tree?

Are 1776-1976 Quarters Worth Saving? What Other Valuable Quarters Should You Look For?

Why You Should Save Your 1982 and 1983 Washington Quarters