Ronald & Nancy Reagan to be Featured on Coins in 2016 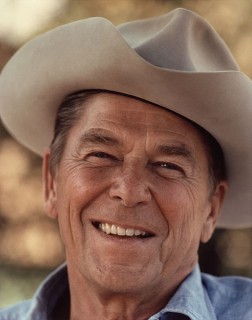 The United States Mint has announced it will release coins honoring Ronald Reagan and Nancy Reagan in 2016 as part of the Presidential $1 coin series. Ronald Reagan, who served as the 40th president of the United States from 1981 through 1989, was not originally slated to make an appearance among the Presidential $1 coin series.

The law is less precise about the matter of sequential ordering among the numismatically honored former presidents. So, an interpretation of that law would permit skipping Carter to place Reagan, who is currently the most recent deceased president, to be honored on a coin.

As is customary with the $1 coin series, a $10 commemorative gold eagle coin will concurrently be struck honoring the respective president’s spouse. In that case, a $10 Nancy Reagan First Spouse coin will be released alongside the Ronald Reagan dollar. That will make Nancy Reagan the first living person to be honored on a coin since Eunice Kennedy Shriver appeared on the commemorative 1995 Special Olympics silver dollar.