The Cheapest Early American Coins for Your Collection 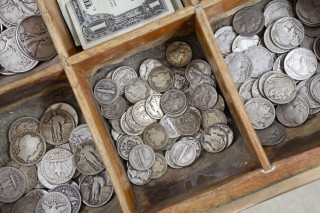 So many people want old coins for their collections, but the problem is many of them are so expensive. Some of America's early federal coins, which were first officially minted in 1793, are worth thousands of dollars each. So what's a collector on shoestring budget to do when he or she wants to buy examples of early American coins?

There are several options for those who wish to buy cheap old coins, including:

No matter how you go about looking for inexpensive old coins, be sure that whatever you're buying is authentic. While it's possible to score a nice deal on old coins, beware of opportunities that simply seem too good to be true. If something doesn't look right about the coin, or the deal just "feels wrong," then by all means pass up the offer. There will be other chances to find authentic old coins for reasonable prices.