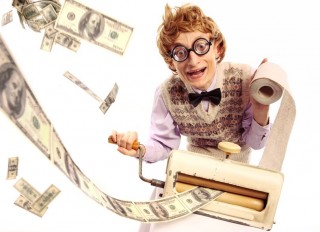 is that after 85 years of Keynesian Economics introduced by FDR & his crony stooges (Harry Hopkins: "We will spend and spend, tax and tax, elect and elect.") the system is now so severely distorted it functions about as well as an old crack ho.

The wild moves lately in oil & stawks are signals that the end is getting closer.

America once had an economic system linked to gold which was far steadier. Economic resets were frequent and served to flush out malinvestment and reward real economic innovation.

The system today is groaning under an ever increasing debt load (which only serves to prolong the inevitable reset and flush of malinvestments).

Web-surf graphs of the CRB and you will see these ever increasing & rising sine waves since Nixon abandoned the gold link to the dollar. 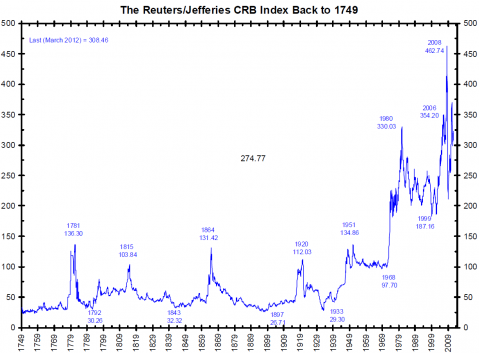 Our modern Keynesian Cargo Cultists are the direct cause of these increasingly wild perturbations.

Tags:
Stock Market Gold Standard
What is Causing the Increase in Gold Bullion Deman...
Gold and Silver Bullion Prove Themselves in 2016