Top 8 Kennedy Half Dollars for Collectors 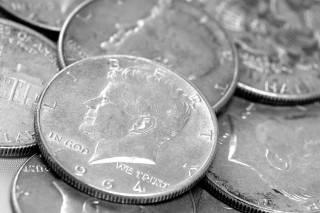 ​One of the most popular collectibles in modern coinage is the Kennedy half dollar, which was first minted in 1964 and continues to be struck for sale to collectors. While the Kennedy half dollar was made for commerce purposes until 2002, the series didn't circulate widely after the mid-1960s, by which point millions of Americans were saving the coin as mementos of President John F. Kennedy, who was assassinated on November 22, 1963 and is memorialized on the coin. Over the course of the series, which spans more than five decades to date, several special issues and varieties have been released that are of particular interest to collectors.

Here's a look at eight of the most popular Kennedy half dollars:

Even though they haven't widely circulated in more than 35 years, Kennedy half dollars are enduring coins in the American numismatic landscape. Therefore, the eight issues mentioned in this article, not to mention the remainder of the Kennedy half dollar series, are certain to be among the most sought-after United States coins for years to come.