What’s Up With the 1970 Washington Quarter Error? 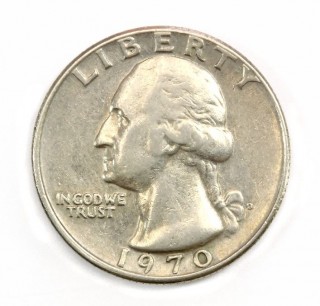 A strange 1970 Washington quarter error is taking the Internet by storm. Maybe you've heard? There is a coin dealer on eBay selling a 1970-S Proof Washington quarter that had been struck on a 1941 Canadian quarter. The price for this unusual error coin? It's a "Buy it Now" offer going for a cool $35,000. Yep – and get this: there are nearly 300 people watching the lot! That means there are some 300 potentially interested buyers ready to pounce on buying the $35,000 coin.

Really, what's a coin like this even worth, and why was a 1970 Washington quarter struck on a 1941 Canadian quarter? Even the folks at the Numismatic Guaranty Corporation (NGC), which graded the coin, can't say for certain how this error coin came into existence. It's extremely probable it was intentionally made. After all, how likely is it that a 1941 Canadian quarter, already 29 years old when the 1970 Washington proof quarters were struck, would fall into the planchet supply?

Accidents happen, but if this coin came as the result of a pure accident, then it had to be one freakish incident indeed. Making the origins of this coin all the more curious is that the 1970 Washington quarter isn't any ordinary 1970 Washington quarter – again, it's an S-mint proof, and the coin was therefore struck about as carefully as possible.

Is the 1970 Washington quarter error really worth $35,000? As with all coins, there is no static, automatic value for this coin. It's worth what the highest bidder – or first Buy-it-Now customer, is willing to pay. The nationwide press alone this coin has gotten has helped it become one of the most popular error coins on the market, at least for the time being.

While this error coin is certainly unique, there are millions of people checking their change jars for any and all 1970 Washington quarters, eagerly searching the possibility of striking it rich. Surely, none will find another coin like this piece – it's one-of-a-kind and, on top of that, it's a proof coin – a type of piece unlikely to be found in circulation anyway, as proof coins were struck specifically for coin collectors. However, this error coin new frenzy may just help make a few new coin collectors at the end of the day.

It's certainly easy to understand why there's so much excitement about the 1970 Washington quarter error. Imagine being able to buy a coin that has been all over the news, social media, and other Internet platforms – and you don't even have to write a six-figure check to own it! For now, the 1970-S proof Washington quarter, which grades Proof-65 by NGC and weighs 5.63 grams (the weight of a 1941 Canadian quarter), continues to wait for a buyer on eBay. 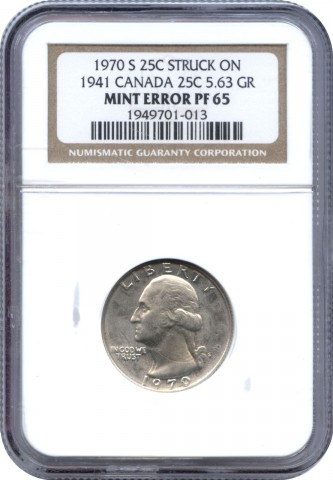 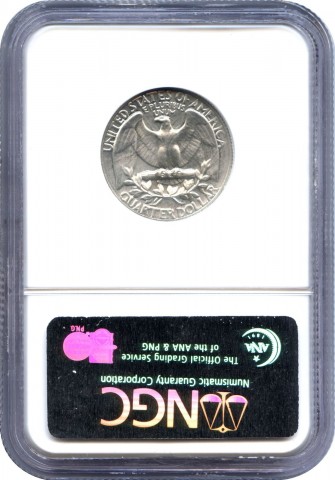 More interesting tidbits: there were some copycats trying to sell similar coins, albeit unslabbed, in the first days of June. Two of them failed to receive bids at $500 and $25,000. However, one did sell on June 6th for $300 but judging by the photos is was heavily circulated and impossible to discern its authenticity.

Zulema carrasco
There are no comments posted here yet