Where Can You Find New Coins for Your Collection? 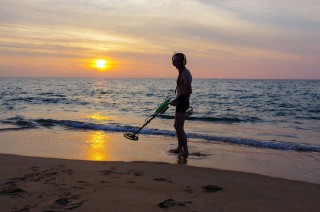 Circulation – This is where most coin collectors start looking for new coins. From pocket change to bank rolls, the various channels of circulation encompass all of the different avenues in which coins circulate to fulfill the needs of commerce. Coins found in circulation can be acquired for face value, which is certainly one of the least expensive methods for building a coin collection. Why, perhaps the only cheaper way to build a coin collection is if you were simply gifted the coins you want, tax-free. Barring that, circulation is the best way to add coins to your collection at the lowest price, but of course, it might be hard to find certain new coins this way – especially those of the present year, which usually don't turn up with any real frequency in circulation until later in the issue year, if even then.

Whether you seek new coins in circulation, from the United States Mint, or from coin dealers, your search for the latest coins can be an exciting numismatic challenge. It's fun to collect new coins because having them in your collection can help keep your numismatic "cabinet" up to date. If you're lucky, you may even discover a new variety among some of your new coins!