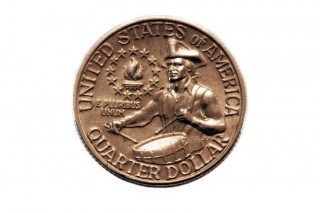 It seems in the late 1990s, I was finding 1776-1976 Bicentennial quarters in my pocket change every few days – or more frequently than that. Fast forward to 2016, and suddenly they're about as scarce as Lincoln wheat pennies. What happened? How could more than 1.6 billion Bicentennial quarters – the number of copper-nickel clad piece struck at the Philadelphia and Denver Mints – seem to vanish from circulation?

For a similar reason, Bicentennial quarters also have been removed from circulation. It's understandable that unassuming non-collectors think there's something special about the Bicentennial quarter. Surely there is – it's a one-year design (actually struck in 1975 and 1976) that has a unique picture of a Colonial drummer boy on the reverse and unusual 1776-1976 dual dating on the obverse. Some folks even ask me if it's really a 1776 quarter. I explain the reason for the dual dating and the importance of the anniversary.

As a 1981 baby, I was born at a time when the United States Bicentennial was still a recent memory for most Americans and was raised up knowing that our country turned 200 years old in 1976. But now I'm fielding questions from coin collectors who were born 15, even 20 years after I – and for whom the Bicentennial wasn't an event nearly in their lifetimes but decades before they were born. And many of these people have no idea what the Bicentennial is or what it represents. It sometimes seems saying "the" before the word "Bicentennial" is no longer an assumption, but rather presumptuous.

Tags:
U.S. Mint Quarters
5 Types Of Old United States Coins I Look For (And...
Why Does The U.S. Mint Continue Making $1 Coins If...

Hello , I'm Julie and I live in Missouri . I have come across a 193 something penny there are also other odd letter to , E in we is lower n cocked more and first T in trust is smaller along with the E in liberty as well. Think I got something here? Praying so , Julie

YOU PROLLY DO,SEND A PICTURE OF IT,SO IT CAN BE EVALUEATED A BIT BBETTER

Unless it's in mint state condition, it's not worth any more than face value.