Why Is The United States Mint Coin Buyback Program On Freeze Now? 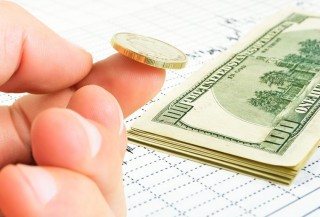 Have you heard the latest news from the United States Mint? The Department of the Treasury is temporarily halting its popular damaged coin buyback program after it received millions of dollars in fake coins from China. The federal coin exchange program, which has been in place since 1911, allows individuals to turn in bent, cracked, and partial coins for money. The Mint melts these old coins and recycles the metal into new coins.

However, the Mint started getting suspicious when a very high volume of damaged coins were coming from China containing silicon – a material not used in United States coins. Richard A. Peterson, the deputy director for manufacturing and quality at the United States Mint, says the following in the October 29, 2015 Federal Register about the matter: "the United States Mint is suspending its redemption of bent and partial coins for a period of six months to assess the security of the program."

One of the biggest players in the buyback program situation is a company called The Wealthy Max, Limited, a depository based in Hong Kong that has some 13 metric tons of damaged coins ready for shipment to the U.S. Mint. The futures of these coins and millions of others stored in facilities throughout China are in limbo after the seizure of a Wealthy Max shipment by the U.S. government last winter. Federal agents with the United States Department of Homeland Security seized a wire transfer amounting to $2,388,000 in September 2014 sent by the U.S. Mint to Wealthy Max to pay for a delivery of coins the Mint had taken in June 2014.

The twist in the story here is that the Mint made the payment to Wealthy Max even though a forensic laboratory at the Customs and Border Protection Bureau had reported that the coins that Wealthy Max sent in June 2014 were not genuine. The Office of the United States Attorney filed a suit against Wealthy Max claiming the coins were fakes. A court in Philadelphia, Pennsylvania, is slated to hear the case. Meanwhile, Wealthy Max is counter-suing on several different legal grounds.

How the matter will shake out in the courts will surely be monitored by many legal scholars and could take months, perhaps years, to unfold. In the meantime, the U.S. Treasury and Mint will be evaluating a plethora of new security measures to ensure that future shipments of damaged coins contain nothing but genuine (if ugly) coins. While the federal coin exchange program may not resume until sometime after spring 2016, the best advice for those who have damaged coins they were intending to send into the U.S. Mint for exchange is to simply hang onto them until the program is once again active.