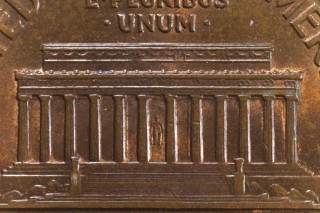 Take a look at your pocket change. How many pennies do you see? Of those, how many sport the classic Lincoln Memorial reverse design that was struck from 1959 through 2008?

The Lincoln Memorial penny was struck by the billions upon billions. But there are fewer of them popping up in general pocket change today than before 2010, when the current Union Shield design took over the reverse of the Lincoln penny. Yes, it's still possible to assemble an entire 1959-2008 business-strike Lincoln Memorial cent collection from circulation with enough searching. But it's getting harder as time goes on. Does that mean now might be the time to begin building circulated Lincoln Memorial penny sets from pocket change? Certainly.

There is, of course, a catch: there is presently a melting ban in place that prevents people from legally melting down their copper pennies. Should the ban ever be lifted, those pre-1982 Lincoln Memorial pennies will disappear from circulation and probably within the site of just a couple years. The copper penny melting bans aren't stopping hoarders from saving all pre-1982 Lincoln Memorial cents and getting them ready for melting once the ban is lifted. There's already a market for pre-1982 penny rolls, with many going for $1 to $2 each. In the meantime, other Lincoln Memorial cents from the years 1982 and on continue to circulate very widely and could for yeas to come, if only in progressively smaller quantities.

Many folks who build sets of Lincoln Memorial cents will assemble them in cheap coin folders. Others simply store them in plastic coin tubes.

Tags:
Pennies Coin Collecting
Can You Still Find Dollar Coins In Circulation?
Can You Spare A Dime? 4 Reasons Collectors Should ...