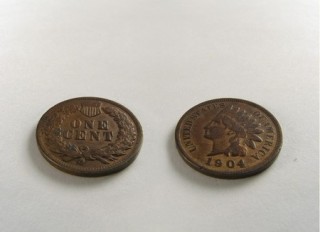 ​I've always been a fan of old Lincoln wheat pennies. These classic coins were struck at the United States Mint from 1909 through 1958 and are one of the most widely collected coins of all time. One of the first coins I ever placed into my collection was a 1941 Lincoln wheat cent that I found in pocket change back in 1992, and wheat pennies continue to intrigue me as a collector today. No, Lincoln wheat cents aren't the most valuable coins, and they don't contain any silver or gold (though most are made of the relatively valuable copper). However, these beloved coins, one of the most recognizable coins ever made, have earned a spot as one of the hobby's favorite collectible coins.

Millions of people collect pennies, and many of these hobbyists enjoy assembling complete date-and-mintmark sets of Lincoln cents. Putting together a collection of Lincoln cents is much like trying to assemble a 1,000-piece puzzle – each piece representative of every regular-issue coin, proof, die variety, and common error known among Lincoln pennies. Some of these penny "puzzle pieces" cost just one cent and can still be found in pocket change and coin rolls with enough searching. However, other wheat pennies, such as the famous 1909-S VDB cent, cost upwards of $700 and are far tougher to find.

There are four other rare Lincoln cents you'll often hear about in coin collecting circles. These include:

There are also several lesser rarities among the Lincoln penny series. These are the coins that are worth more than the most common dates but are less scarce that the eight wheat cents that I listed above. For the most part, these semi-key coins I'm talking about here are mintmarked pennies (containing a "D" or "S" mintmark under the date) from the 1910s and 1920s. These run in price from $1 to $50 each.

Christopher, it is unlikely that a 1956 D penny is worth more than a few cents. Check out our 1956 Wheat Pennies page for more info.

Thank you for the info

Shelly R Seeet
There are no comments posted here yet