One of the most romantically American of coin designs of all time hit pockets and purses across the United States when the first Buffalo nickels were released in 1913. Designed by James Earle Fraser, the Buffalo nickel came to the fore during a time in American history that several new United States were being released, including the Lincoln cent (1909), Mercury dime (1916), Standing Liberty quarter (1916), and Walking Liberty half dollar (1916). The Buffalo nickel depicts a Native American on its obverse (heads side) and an American bison on its reverse (tails side). The depictions on both the obverse and reverse sides of the Buffalo nickel were created using real-life models. In the case of the Native American, at least three real individuals are believed to have served as models, with various features from each combined into the single bust on the coin. In 1938, Fraser, when asked which Native Americans he used for the nickel, had referenced Iron Tail (a Sioux), Big Tree (Kiowa), and Two Moons (Cheyenne) as his design influences. For the American bison on the reverse, Black Diamond, a resident at the Bronx Zoo, provided Fraser direct inspiration.

The demand for 1913 Buffalo nickels is strong for numerous reasons. Type collectors like to collect at least one example of each the Type I and Type II varieties. Series collectors want one example of each of the date-and-mintmark combinations from 1913. And collectors of first-year coins also appreciate the significance of the 1913 Buffalo nickel. No matter your coin-collecting objective, if you’re buying Buffalo nickels, be sure to look for the best strikes possible, as most are softly struck and therefore generally display poor detail. 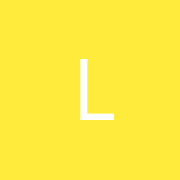 Lynne
This comment was minimized by the moderator on the site

I have buffalo nickels without a year on them. Could it be that they are worn? If yes, then how can the value be determined?

Lynne
There are no comments posted here yet