As compared to 1909 Lincoln Wheat Penny coins, Pennies from 1910 are far more common and are much less valuable than their 1909 counterparts. Gone, too, are the VDB initials that caused a stir when the Lincoln Cent was first released in 1909. In fact, the VDB initials wouldn’t reappear on the Lincoln Cent until 1918, when the three numismatically famous letters would be placed under Lincoln’s shoulder.

There are no major noted varieties for 1910 Lincoln Pennies, but there were 4,118 proof Lincoln Pennies struck. These early proof coins have a matte appearance and are usually only distinguishable from regular strikes by their squared-off rims and overall sharp details. Proof Wheat Penny coins from 1910 are not brilliant like today’s proofs, and are usually brownish in color. 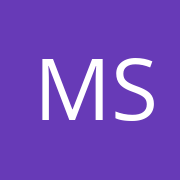 Marie Smith
There are no comments posted here yet