1935 Lincoln Wheat Penny coins offer the coin collector many affordable options, whether they prefer the vintage look (and dirt cheap prices) of circulated coins or want crisp, brilliant uncirculated coinage for a high-end coin set. What is your pick? You’ve got plenty of great 1935 Pennies to choose from, thanks to a plentiful supply across the grading spectrum. With 245,388,000 Lincoln Pennies struck at the Philadelphia Mint alone in 1935, there remains a ready supply of Lincoln Pennies for every collector interested in coins from this date. Toss in the mix the 47 million Pennies from the Denver Mint (mintmark: D) and another 38,702,000 from the San Francisco Mint (mintmark: S), and it becomes obvious that there is no shortage of coins for year set collectors and date-and-mintmark collectors alike.

Among all three regular-issue varieties for 1935 Pennies, each is available in lower-end circulated grades for around 20 cents each. As collectors climb the scale of preservation to the uncirculated grades, even in Mint State 63 on the Sheldon Coin Grading Scale, 1935 Lincoln Wheat Penny coins remain affordable. Brilliant Uncirculated examples of Pennies from 1935 can be bought for as little as $7 to $10 in the case of Philadelphia- and D-mint pieces. For 1935-S Lincoln Cents, $25 should fetch a nice example in Mint State 63.

One of the many great things about buying Pennies from the mid-1930s and after is that the strike quality of each is generally quite sharp. While Penny collectors have to consider such issues as soft strikes with early Lincolns (pre-1934), minting techniques had become so consistent by the latter 1930s that collectors can pretty much expect most coins from that era or latter to possess an amazing amount of detail and clarity in the uncirculated grades. 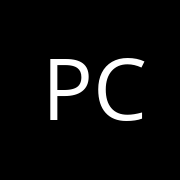 If there is no mint mark does that mean it a Philadelphia minted coin?

Pastor, that is correct. In most cases (and in the 1935 Lincoln Wheat Cent) no mint mark means it is a Philadelphia minted coin.

There are a few exceptions, and you will likely find our library article on the subject very informative: https://coinvalues.com/library/mintmarks