1955 is by far the most exciting year for any collector of the Lincoln Wheat Penny, as one of the most famous - if not the most famous - doubled die coin of all-time in the U.S. was minted that year. There are many reasons the 1955 doubled die Lincoln Cent has grown to become such a famous rarity. For one, it was highly publicized upon its release. Two, it hit the United States at a time that coin collecting was hitting its stride as one of the nation’s most popular hobbies. Then, there is also the fact the United States Mint actually knew the doubled die cents existed before they were released into circulation channels but did nothing to hold them back from distribution. Mint officials apparently thought that no one would notice the glaring error.

Around 20,000 to 24,000 1955 doubled die Lincoln Wheat Pennies are thought to exist, many of which were distributed through the cigarette vending machine circuit. The obvious doubling in the obverse lettering and the date caught the eye of numismatists early on, and the coin exploded in popularity almost from the time they first entered circulation. Collectors and investors must beware that this coin is highly counterfeited – and countless examples of a so-called 1955 “Poor Man’s” doubled die exist – these are merely pieces that display slight machine doubling in the date and are worth only a couple dollars in the collector market. Be sure to buy only 1955 doubled die cents that have been graded and authenticated by a third-party coin grader.

An important footnote: 1955 was the last year that the San Francisco Mint would strike circulating coinage until 1968.

A 1955-D Lincoln cent in circulated condition is worth 3 to 5 cents. 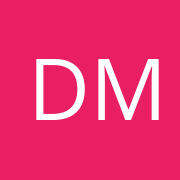 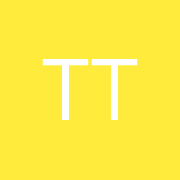 I have a 1955 s wheat penny in uncirculated condition. how much is it worth?

An uncirculated 1955-S Lincoln wheat cent in uncirculated condition is worth at least 20 cents, but it could be worth potentially hundreds of dollars if the coin has virtually no surface flaws (nicks, scratches, spots, etc.). Ot would take an in-hand evaluation to check for this, so here's a list of United States coin dealers that could help you do this:

I have a 1955 Proof set and I was noticing on the penny's reverse that the S in PLURIBUS looked funny as though it was struck out of place. Or, possibly that is was an after minting fix.

Anyone ever heard something like that about the penny?

I saw the same on one of mine as well 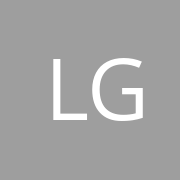 True double-die 1955 Lincoln Cents can indeed be worth quite a bit of money. However, there are plenty of counterfeits circulating. If the coin is not slabbed you should take it to an authorized coin grader for appraisal.

As for your other coins, the standout is the 1972 proof Ike Dollar. Take a look at the 1972 Eisenhower Dollar for a general idea of what it could be worth.

I have a 1955 s BIE error (or so I think) is it worth while to have authenticated?
In other news:
I have many questions even fewer answers. from the above and a others. Also when did the US start minting coins for other countries?

If you believe your coin could be valuable, a reputable coin dealer should be able to verify its qualities and then you can decide whether to grade it or not.

Regarding the US Mint, it does not currently mint foreign coins, although it has in the past.

In re to the the mints and production of coinage. My profile picture is the reasoning I ask.
Have you seen an 1879 s Morgan silver dollar (uncirculated) with the 1(8)79 flawed like the one I share on my page?
I've read about the 80 over 79...
Ty again

Not sure if we are seeing an error in your cover pic. There are many subtle variants of the 1879-s Morgan Dollar caused by variations in the dies.

I have a James Madison $1 coin that is "Godless" AND the edge lettering is printed in the wrong direction. What kind of value would this coin bring?

Damo Paul Mccarthy
There are no comments posted here yet