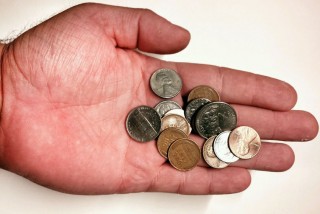 I love looking for old coins in my pocket change. Yes, some of the old pennies, nickels, and other coins I find in circulation are worth only a little bit of money. Others are virtually worthless above face value. But all of these old coins are fascinating to collect and I love adding them to my collection. A lot of coin collecting guides will tell you to keep your eyes peeled for rarities such as the 1909-S VDB Lincoln cent, 1916-D Mercury dime, and other coins that, let's be quite frank, are virtually impossible to find in circulation these days. Period.

But there are at least five types of old coins you have a reasonable opportunity of finding in pocket change, bankrolls, or other common means with some bit of dedicated searching. These coins have an amazing story to tell, too. Here's a list of those old coins and a few brief points about each of them:

All of the coins mentioned above are most easily located through roll searching, which is especially the case with the Kennedy half dollar and Eisenhower dollars. However, all of the old coins are still reasonably obtainable for the average collector and can help build the foundations of several new and interesting coin sets for your collection. Happy collecting!

Are Bicentennial quarters worth anything other than face value?

In a word: No. Here is one of Josh's blog posts with more information on Bicentennial Quarters: https://coinvalues.com/blog/where-did-all-the-1776-1976-bicentennial-quarters-go