Before You Buy Rare Coins: 3 Things To Remember 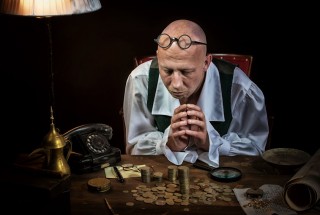 ​I know many folks who buy rare coins because they have the money and want to earn more of it through reselling their coins down the road, when their investments may increase in value. But I also know many individuals who have bought rare coins and didn't make all the money they expected to. Or, they wound up inadvertently buying counterfeit coins. Some became so discouraged with their negative experiences, they left coins altogether to pursue something else.

Sad, isn't it? Investing in coins can be a much more exciting, even rewarding, pursuit if done responsibly. Knowing a few hard facts about buying rare coins before helps. Maybe some of these down-and-out folks would have been better off today had they taken more time in making their decisions on what coins to buy and when to buy them. Maybe they would have even made their money back and then some! I've talked with several coin experts, coin dealers, and coin investors, and they all agree: do your research before buying rare coins.

Here are three more things to consider when you buy rare coins:

I know you don't want to hear this, but I'm going to be brutal… You may not earn money on rare coins, and in fact you may lose money! Buying rare coins does not guarantee you'll make money. In fact, there are many folks who lose money with their rare coins. In most cases, a person has to see appreciation of at least 50% in addition to what they paid for a rare coin to make any money when selling it.

That's because coin dealers usually pay only 50% to 75% of a coin's retail value, so a coin for which you paid $1,000 might net you only $600 if you sell it that same day to another coin dealer. Thus, to recoup your investment that $1,000 coin will need to increase to at least $1,500 in average retail value to ensure you can break even. Let's just say that some, but not all, rare coins actually increase that much in value in just a few years' time.

#2 – Want To Hedge Your Bets? Time Could Be Your Best Friend

Did I hear demand? OK, that's a fair answer… But I'm thinking of something else. Something that everybody wants more of: time.

In most cases, only time will be enough to influence increases in coin values. Most coins that have seen any real gains in value only did so after years, even decades pass. Not many folks who are in the game of flipping investments for profits will have the patience to wait for a coin to mature into profitability for the buyer.

Consider coins that experienced huge losses after the coin market crash of 1989… Nearly 30 years on, many of those coins still haven't recovered to their pre-crash highs. Again, in most cases, time and time alone is an investor's best friend.

#3 – Be Wary Of Following Investment Trends…

Everyone's buying Walking Liberty half dollars so you need to as well? Hmm… I'll let you decide what your investment strategy should be, because nobody has a crystal ball in numismatics, including me. But it takes not a crystal ball but rather only common sense to know that you don't necessarily want to invest in what everybody else is buying. Why? Does the real estate bubble ring a terrifyingly loud bell?

At the end of the day, investing should be handled more like running a marathon, rather than dashing through a sprint. An area of the market that grows quickly in value can't sustain rapid price hikes forever. Look for coins that seem to perform well over the long haul, attaining slow, but steady upward price movement. And if you're looking for good, long-term opportunities, be sure it's an area where pricing isn't dictated by bullion fluctuations alone. As of early 2017, gold and silver are both down in price since their peaks in 1980 and 2011. Unlike what many forecasters may tell you, gold and silver don't always go up, nor are they guaranteed to go up.

And remember… In coin investing, nothing – nothing – is really ever guaranteed.

*The information contained in this article should be taken for its educational and entertainment merits and does not constitute investment advice; no coin investment performance can be predicted or guaranteed.