The 2017-P Lincoln cent is more than just another interesting coin to look for in pocket change. It's the first one-cent coin in the 225-year history of the United States Mint to bear a "P" mintmark indicating the Philadelphia Mint. While some collectors may not think this is a big deal, this is actually huge from the history standpoint, and many hobbyists are taking note by looking for and collecting these unusual Philadelphia pennies.

Why Were 2017-P Lincoln Cents Issued?

When the United States Mint marked its 225th birthday on April 2, 2017, Mint officials were already four months into a year filled with special surprises and events to commemorate the jubilee. Among these special happenings was the virtually secretive minting of P-mintmarked Lincoln cents, which were first discovered early in the year by a collector receiving change at a North Carolina gas station. Mint officials claim that 2017 will be the only year during which P-mintmark Lincoln cents will be made, saying that the P mintmark will be removed beginning in 2018.

Uncirculated 2017-P Lincoln cents are worth about 10 cents for typical specimens, with higher premiums for pieces with virtually flawless surfaces. Proofs are worth around $3 and up. Millions still have not found any 2017-P Lincoln cents in circulation, and when they do, they may think they have found a rare coin because of the difficulty in locating them in pocket change. However, all worn specimens are worth only face value unless they contain a rare or unusual error or die variety.

The 2017-P Lincoln cent has garnered a great deal of attention in the numismatic community. However, it isn't the only P-mintmark one-cent coin worth collecting.

The very first Lincoln cents struck at the Philadelphia Mint in 1909 contain the initials of Victor David Brenner (VDB). These 1909 VDB Lincoln cents are worth $3 to $5 and up for circulated specimens and $20 or more for uncirculated examples.

The 1922 no-mintmark Lincoln cents, which look like they were struck at the Philadelphia Mint due to the absence of a mintmark, were actually made at the Denver Mint. Die adjustments inadvertently removed the "D" Denver mintmark, resulting in the creation of several thousand 1922 Lincoln cents without the "D" mintmark. For several years, many collectors thought these were Philadelphia-minted pennies, though this erroneous theory was eventually proven wrong when Mint officials and numismatic scholars determined what had happened. 1922 no-D cents are worth about $450 and up.

Some 1943 Philadelphia cents were accidentally struck on bronze planchets (prepared coin blanks) instead of zinc-plated steel. The following year, a handful of 1944 cents intended for bronze planchets were made on the steel blanks from 1943. Philadelphia 1943 bronze cents and 1944 steel cents are worth $100,000 and up.

The 1955 doubled die cent, made at the Philadelphia Mint, became one of the most popular die varieties. It's worth about $1,000 and up.

Tags:
Coin Collecting Pennies
The Cheapest Early American Coins for Your Collect...
What’s On The 2018 America The Beautiful Quarters? 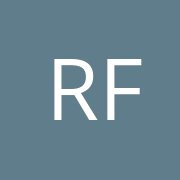 I have a copper 1942 wheat penny that does not stick to a magnet and is in good condition. I have heard that it could be quite valuable. Is there any truth to this?

I hope this helps you in looking for those rare 1943 copper cents!