Five Ways To Build A Collection Of Half Dollars 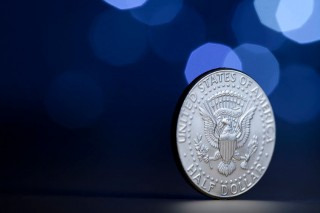 Many coin collecting websites share tips on how to build a set of Lincoln cents, 50 State Quarters, or even silver dollars. But what about half dollars? This oft-overlooked denomination offers hobbyists a whole world of exciting collecting challenges. What are some of the ways you can build a great collection of United States half dollars?

Build A Kennedy Half Dollar Set

One of the most popular of all United States coins is the Kennedy half dollar. First released in 1964 in the months after the assassination of President John F. Kennedy on November 22, 1963, the Kennedy half dollar has been struck in an array of compositions, including .999-fine gold, 90% silver, 40% silver, and copper-nickel clad. Many folks collect a series run of Kennedy halves, or one of each date-and-mintmark as well as composition combination since 1964. These sets generally also include all finish qualities, including proofs, reverse proofs, and uncirculated strikes.

Go For A Franklin Half Dollar Set

Many consider the Walking Liberty half dollar the most beautiful silver coin the United States Mint has ever produced. It's also one of the most sought-after coins of the 20th century. The Walking Liberty half dollar series ran from 1916 through 1947 and saw the issuance of several rare and semi-key dates, including the various 1921 issues. Also, all pre-1934 dates in a grade of Extremely Fine or better are conditionally scarce.

Put Together A Short Set of Walking Liberty Half Dollars

Collect A Half Dollar Type Set

Don't want to collect just one type of half dollar? You don't have to! Many collectors who crave variety will build a type set of half dollars to include one example of each design struck since the first were made in the 1790s. One of the most popular ways of building a type set of halves is to buy the coins necessary to fill up the half dollar type set display holder, Model 429 by Capital Plastics. This set houses seven coins, including the Bust (Flowing Hair, Draped Bust or Capped Bust) struck from 1794-1839, the Liberty Seated half dollar of 1839-1891, a Barber half dollar from 1892-1915, a Walking Liberty half dollar, a Franklin half dollar, a Kennedy half dollar, and a 1776-1976 Bicentennial half dollar. The cost of building this set depends on the quality and dates of the coins included, but it generally runs a minimum of $150 to $200 to assemble.