The March of Dimes Silver Coin Set is Sold Out 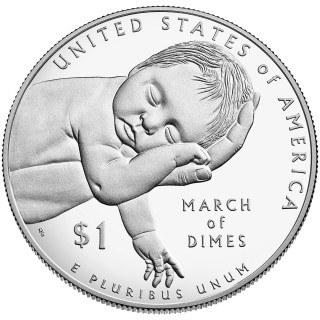 Many coin collectors who hadn't had the opportunity to buy the March of Dimes silver coin set hoped the “currently unavailable” status the past few days meant that more of the sets may become available later. However, this has proven not to be true. As it stands, aftermarket sales of the March of Dimes set are already hot on eBay, where the 3-coin set is being sold for $90 or more -- much more than its $61.95 original sales price at the U.S. Mint.

The March of Dimes silver dollar, which has a product limit of 500,000, is still available as a single coin; the West Point Mint proof sells for $51.95 and Philadelphia Mint uncirculated specimen costs $48.95 through the U.S. Mint website.