Op-Ed: What Coin Collecting Means To Me 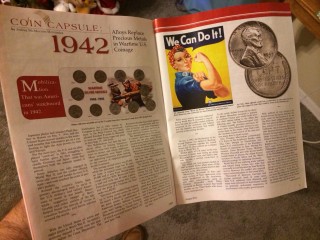 I recently celebrated my 25th coin collecting anniversary – I'm now in my second quarter century as a coin collector, and so far I'm loving the hobby more than ever. I didn't know in 1992, when I first began collecting coins, that I'd still be enjoying this hobby so much so many years on, but I know I'm not the only person who's been in the hobby this long – far from it. Coin collectors by nature are a pretty dedicated bunch of people, and many hobbyists are celebrating 30, 40, 50, and even 75 years or more in the hobby. So, by comparison, 25 years in the hobby may be respectable but hardly represents anything unusual.

It gets me thinking though – if coin collectors ordinarily make their hobby a lifelong pursuit, what exactly is it about numismatics that is so alluring… and enduring? Why isn't it, for so many, just a fleeting affair? Granted, there are plenty of folks out there who embark on the hobby, only to fall away from it later on (though many ex-coin collectors do come back to the hobby).

The funny thing is, while I officially began collecting coins in November 1992 at the age of 11, I had actually taken notice of coins as far more than just spending money well before then. When I was a little guy, my mom and dad gave me change here and there that I saved up to spend on toys and video games. While prior to 1992 I never held aside any coins for the sake of collecting, I used to enjoy lining up pennies on the floor by year, trying to see how many consecutive years I could find. I always looked for the oldest penny in the bunch, and I took interest in Canadian pennies and Lincoln wheat cents that I found. Bear in mind, wheat cents and Canadian cents were, in the 1980s and early '90s, the most unusual coins I could find, long after the days of Indian Head cents turning up with any decent frequency and long before the 2009 Lincoln Bicentennial commemorative cents were released.

Even now, after branching into other coin series, I still seem to most enjoy Lincoln cents. I don't know what it is about those little coins, but Lincoln "pennies" are where my heart seems happiest in the hobby. Not that there's anything wrong with that, of course. For others, the thrill comes from collecting Barber coins, Liberty Seated half dollars, or Saint-Gaudens double eagles. Nice coins all – but Lincoln cents have long had a place in my heart, probably because they were what helped foster my love for the hobby and were the first coins I ever really handled during my boyhood. When I was a kid, nickels, dimes, and quarters represented wealth and were quickly spent. But as for those Lincoln cents… I loved looking through all of those "pennies" in my coin jar, even before I really even knew I could collect them.

My love for pennies never waned, and my interest and intrigue in Lincoln cents only grew as I came of age as a coin collector. I learned about the amazing stories of the 1909-S VDB penny, the 1922 no-D cent, and the 1955 doubled die – and so many others – and now all of those coins reside in my coin collection, and I never plan to sell them. I still constantly check my pocket change and bank rolls looking for both well-known and new Lincoln cent varieties alike. I hold aside those wheat cents, and more recently began saving all pre-1982 Lincoln cents, too.

Many hobbies have come and gone for me – filling sticker albums, catching insects, and collecting rocks, to name a few of my more ephemeral pastimes. But through it all, pennies have stuck by my side, and I theirs. I imagine – and hope – I'll be an old man someday and still enjoying my Lincoln cent collection. And I'm 100 years old and still doing just that, I'll be one lucky man indeed! 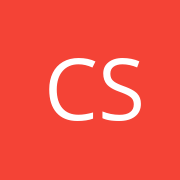 Mr. HERNANDEZ, thank you for sharing your passions. I am starting to collect coins. Is it possible to ask questions ? I understand that you are busy as I am. Thank you for this site.

Hello. I am not new to collecting but am not real active I collecting either. I’m not sure if it’s allowed to put this on the site, ? but I do have coins I’d like to sell from my mothers collection. Any recommendations? Please let me know Mr. Hernandez if I may advertise on this site. Thank you.

The best place to put coins for sale is in the marketplace: https://coinvalues.com/forum/forums/marketplace 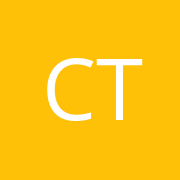 Hello my name is Cindy and ive been collecting since i was very young i have over 120 wheat penny's..the oldest i think is 1910 and two Indian head penny's 1904 1906..along with some silver coins started collecting copper penny's also everything up to 1982

Cynthia Jo Tindall
There are no comments posted here yet