Why I Love Collecting Quarters 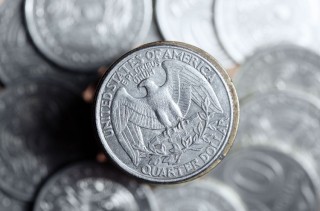 Many coin hobbyists are collecting quarters, and it's no surprise – the quarter dollar is truly the workhorse of circulation. The first United States quarters were made in 1796 and have been struck ever since with very few interruptions in production. While coins like the one-cent piece, nickel, and dime play relatively smaller roles in day-to-day circulation these days due to inflation, the quarter remains one of the single most important denominations and has seen continued use in vending machines. I use quarters just about every day.

They're the one denomination that I keep handy in the car for buying inexpensive drinks at fast food restaurants, paying for cash tolls, and using at parking pay stations. Like more than 100 million other Americans, I collected the 50 States Quarters when they were in production during the years 1999 through 2008. I also later transitioned to assembling a set of District of Columbia and Commonwealth Quarters as well as America the Beautiful quarters.

While I love the classic beauty of the five different quarter series I mention above, perhaps my favorite quarter to collect in terms of sheer availability and affordability is the Washington quarter. This series, which began in 1932 as a commemorative coin honoring the 200th birthday of the first United States president, is not only still in production today, but it also provides plenty of wonderful collecting opportunities for beginning and seasoned hobbyists alike. The 1932-D and 1932-S Washington quarters are the regular-issue key dates for the series, with each of the two coins costing about $200 to buy in a grade of Fine-12.

As I mentioned earlier, the 50 States Quarters made from 1999 through 2008, District of Columbia and Commonwealth Quarters in 2009, and America the Beautiful Quarters made since 2010 are all very collectible. Best of all, they're readily available in circulation for face value. The 1982 and 1983 Washington quarters, which are scarce in uncirculated grades, are actually copper-nickel clad coins that are collectible in better circulated condition and can be found in pocket change with a bit of searching. Lightly worn specimens are worth as much as $2 to $4.

All in all, it's not difficult to see how collecting quarters is something that can be fun and challenging. With plenty of options out there for collectors of all budget levels and interests, there is a pocket full of reasons to collect quarters.

Tags:
Quarters Silver Coins Coin Collecting
Gold and Silver Bullion Prove Themselves in 2016
Should You Invest In Silver Bullion?