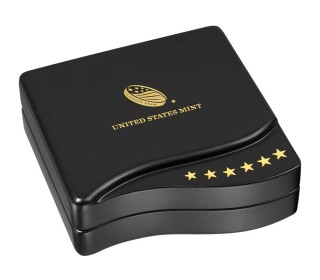 The design has been faithfully replicated on the 2016 half-ounce gold coin, which will bear a denomination of 50 cents. The coin is part of a three-coin series that also honors two other 90 percent silver coin designs that originally launched in 1916. These coins include the Mercury dime, which was also designed by Weinman, and the Standing Liberty quarter, which elegantly exhibits the artwork of sculptor Hermon MacNeil.

The tenth-ounce 2016 Mercury dime gold coin was released in April and the quarter-ounce 2016 Standing Liberty quarter gold coin was first offered to the public in September. Both coins saw huge demand, and customers were limited to ordering as few as one coin per household.

There is no information on whether or not there will be any household ordering limits as has been seen with the other two 2016 Liberty Centennial gold coins. Also currently under wraps is official information on the mintage limit for the 2016 Walking Liberty half dollar. The mintage of the 2016 Mercury dime was capped at 125,000 pieces and the 2016 Standing Liberty quarter had a production limit of 100,000.

The West Point, New York, branch of the United States Mint will strike the 2016 Walking Liberty gold coin, and the issue will thus include a "W" mintmark, just as the other two coins in the series. And while the 2016 Walking Liberty gold coin will look very similar to the original 1916 silver half dollar of the same design type, there will be at least one noticeable difference. The new gold coin will feature an "AU 24K 1/2 OZ." mark designating the coin's half-ounce of 0.999-fine gold content.

For some perspective on the prices of the other two coins in this series, the 2016 Standing Liberty gold coin is presently priced at $485; the 2016 Mercury dime, meanwhile, was originally priced at $205 when it hit the market. In other words, the new 2016 Walking Liberty gold coin will most likely cost more (should gold bullion prices stay about where they are in October) than the combined $690 the first two coins cost.

For the time, coin collectors continue waiting for the United States Mint to offer more details on this exciting final Liberty Centennial 2016 gold coin. Coin Values will offer more details as more information about the release of the 2016 Walking Liberty half dollar gold coin as further details become available.